We’ve had some pretty tough fishing conditions this summer here in the Columbia River Gorge. It’s been windy, which is not unusual or unexpected here in the Gorge, but there’s barely been a couple days of calm to get out on the Columbia River with the kayak. Even a moderate wind combined with the river currents make for difficult fishing conditions. The water level of the river has been fluctuating as well, which usually puts a damper on the fishing. Even the smallmouth bass fishing, which is usually pretty dependable, has been very slow.

The real story behind the tough conditions is the temperature. We have had a sustained period of very hot weather; it’s been in the nineties during the day and barely gets down to seventy at night. This hot weather has slowed the trout fishing in the higher elevation lakes and caused algae blooms in the lakes closer to sea level. Because the weather has been so hot, the glaciers on the local mountains have been melting. Glaciers are more than snow and ice, they are full of dust, dirt, ash and small rocks. When they melt, the local rivers are filled with this silt. 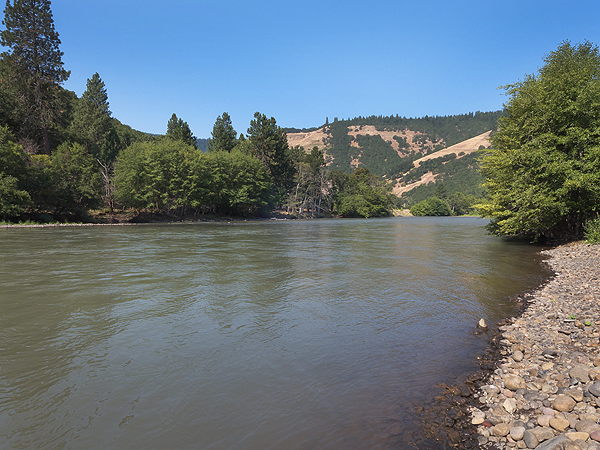 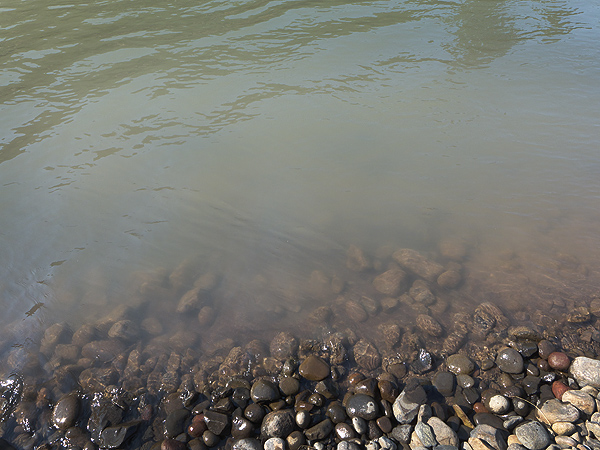 With the conditions on the Columbia River not very good for kayak fishing, we were hoping to hit the Klickitat River and try for a summer steelhead, but with the visibility of the water being so poor, the chances of hooking into a steelhead are pretty slim.

We are hoping the weather cools just a little so the water will clear up. Can’t really complain too much about the hot summer weather because in a couple months we will be complaining about the nonstop rain. One thing for sure, the weather is always changing around here. We might get a couple calm days coming up so we will get out there when we can.