Well, the hatchery trout released into the local trout pond a few weeks ago have figured out that there aren’t going to be any more free meals, so they have started to fend for themselves. There are always smaller fish, crawfish and plenty of bugs to eat, but the rainbows must be really hungry because they were hitting anything that moved. They were picking bugs off the surface and really attacking the trusty Buoyant spoon. 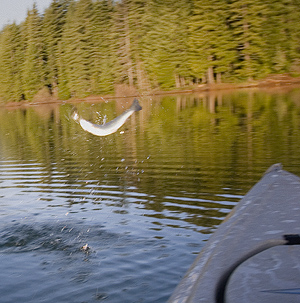 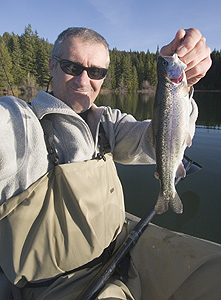 A fishing kayak is really a great thing to have here. Fishermen on the bank would be catching fish, but not nearly as many as being in a kayak and getting right on top of the rising fish. 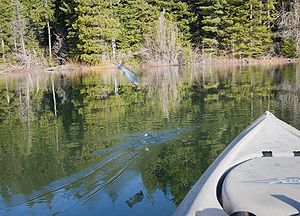 To make things really great, this weekend was the first really warm summer kind of weekend. It was clear and cold in the morning, but nice and warm by 10 AM or so. It always feels great to have the sun out. The water temp is still only about 50F, but hopefully there won’t be much swimming going on yet. 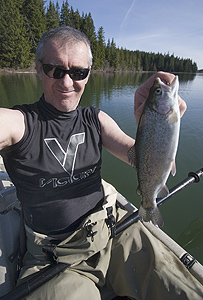 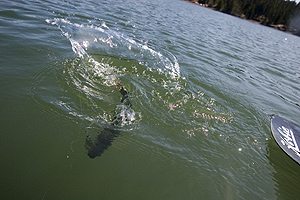 I’ll try to get full sized photos up on the website as soon as I can. I might take the video camera out next weekend. These trout hitting hard and immediately jumping a few times is what it’s all about.