It’s been mostly cold and wet for the past week, so when the sun came out this morning, we had to get outside and ride the bikes. Been stuck pretty much indoors working on the watermanatwork.com mobile website, so we had to get while the gettin’s good. The sun was out, but it was cold, about 38°F. Headed up the local mountain road and it wasn’t long before we hit the snow. 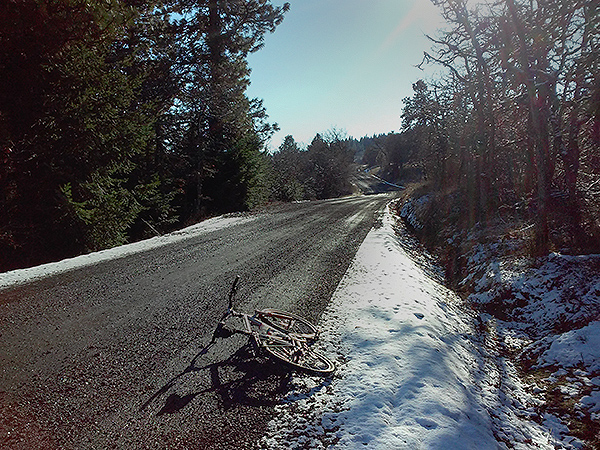 After a few hundred feet of climbing, the first snow patches appeared, followed quickly by snow over ice, a result of the local “freeze-thaw” phenomenon. Eventually, the road got to the point where is would be unsafe to ride, so we headed back with a chilly downhill.

Looks clear and cold for the next few days so we’re hoping for a couple rides in the sun before the next cold and rainy stretch of winter sets in.